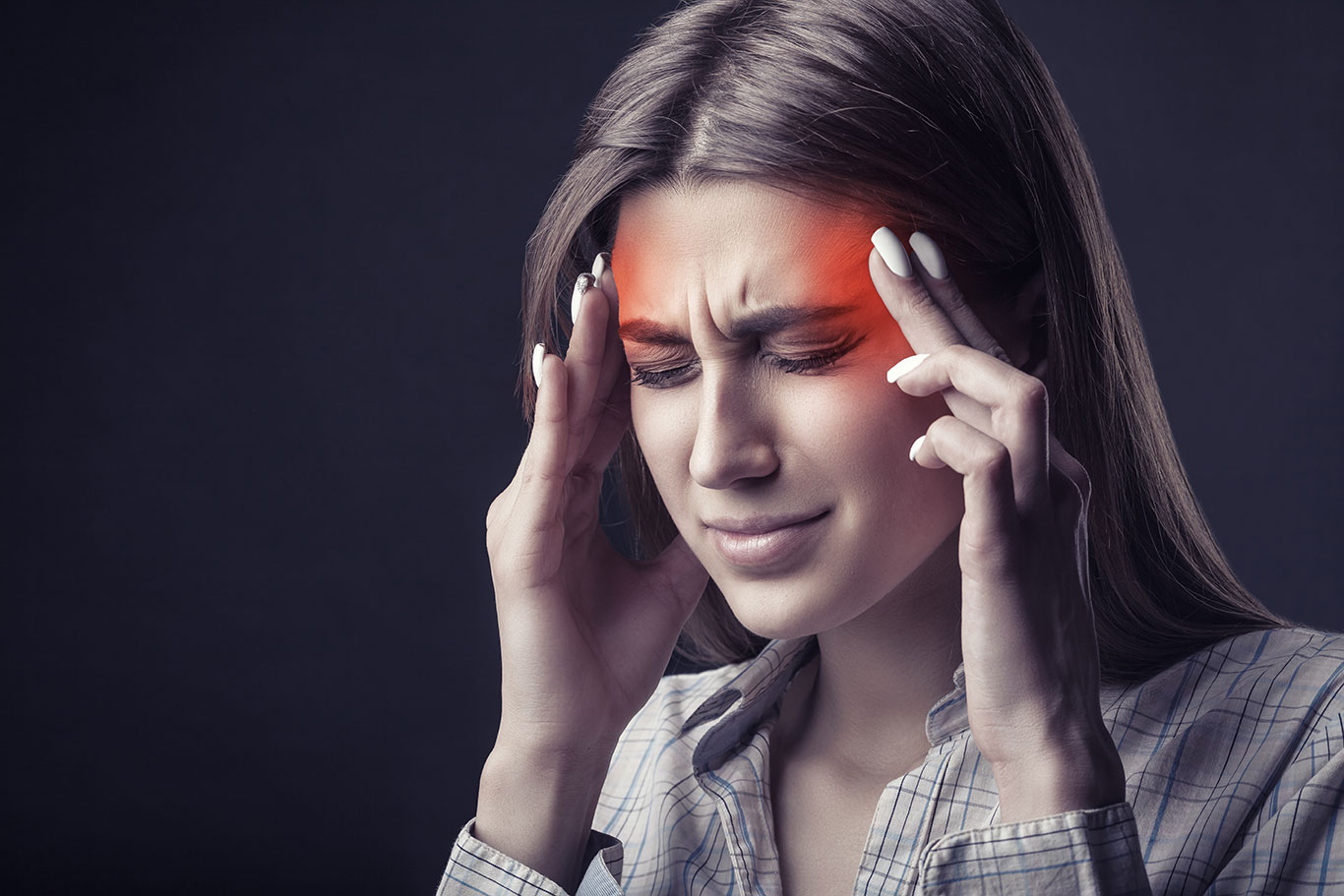 It is a well-known fact that CBD oil and other products may relieve a variety of pain types. Studies suggest that CBD can also help with migraines, and there are also promising results in a new study whose results were published in early 2021

Those who have ever suffered or have suffered from migraines know that it goes beyond paracetamol or Optalgin. Unlike typical headaches caused by stress, allergies, or dehydration, a migraine attack can come out of nowhere. It does not always come with an early warning and can last between four and 72 hours. During migraines, it is challenging to perform even the most basic actions. Because any movement, noise, or even the slightest light may aggravate the symptoms. In some cases, migraines can also cause vomiting.

A new study published in Forbes magazine in February 2021 found that many migraine sufferers reported significant relief after using CBD oil. According to the study, 86% of respondents reported a decrease in headache effects after taking CBD oil for 30 days. The survey measured the impact that headaches have on subjects’ daily lives and ability to function.

Participants answered the survey questions both before and after using the CBD oil. During the 30 days, participants reported experiencing an average of 3.8 days fewer headaches than in the past, a 23% reduction. Chronic migraine patients, defined as people who have 15 to 29 days of headache over 30 days, saw a 33% decrease in headache days.

Glenn, one of the study participants, said that since the 1990s he has been taking high and regular doses of two anti-migraine drugs and another drug during the seizures. The pain was controlled only by taking prescription medications only, and the medicines made him feel uncomfortable. He said that since he started participating in the trial, he has stopped taking two of the drugs completely. Glenn still suffers from migraine attacks from time to time, but about a quarter of an hour after taking CBD oil, the pain passes.

Another study participant said that the CBD significantly helped with his chronic migraines. If he takes CBD right at the beginning of the attack, the intensity of the headache decreases.

And there are more previous studies.

Until the study, we noted, most previous studies have examined the combined effect of CBD with THC. The results of the studies, alongside testimonials from consumers of products CBD, teach about;

the enormous potential of CBD for the treatment of migraines and chronic and acute pain of all kinds.

In 2017, researchers presented research results on cannabinoids and migraine prevention. The study was presented at the Third Congress of the European Academy of Neurology (EAN). In the first phase of the study, 48 people suffering from chronic migraine received a combination of two compounds: the first compound contained 19%THC and the second, 9% CBD, and a small amount of THC. The compounds were given orally. Subjects reported a 55% reduction in acute pain, a very significant figure.

In the second phase of the study, 79 people with chronic migraine received a daily dose of 200 mg from a combination of the two cannabinoids as in the first phase, or 25 mg of tricyclic antidepressant. The treatment period lasted three months, and follow-up was performed four weeks after the end of treatment. Patients who received a combination THC -CBD reported a more than 40% reduction in migraine attacks and a 43.5% reduction in pain intensity.

How CBD affects the body to prevent pain

CBD maintains communication with cannabinoid receptors in the body, CB1 andCB2. These mechanisms are not fully understood, but it is known that receptors can affect the immune system. Our brain produces a small fatty acid called anandamide, a cannabinoid found in cannabis. Anandamide is associated with pain regulation, and maintaining high levels in the bloodstream may reduce pain sensations.

But CBD not only affects the pain and has indirect positive effects for migraine sufferers. Studies concerning depression and anxiety have found that CBD oil reduces anxiety and helps improve mood. Regular long-term use of CBD products improves sleep quality, and it is important for migraine sufferers, as any slight noise or sharp lighting even from the phone screen can increase the intensity of the attack.

Are there any side effects?

One of the main reasons why people avoid prescription drugs is the possible side effects. Some medications are so powerful that they may solve the migraine problem but create other problems. Studies show that the use of CBD products CBD does not result in side effects. The World Health Organization has also declared that CBD is not a dangerous substance with side effects.

Therefore CBD oil may be a very successful alternative to traditional medicines. If this is your first time using CBD oil, you may want to start small and in low concentrations. Start with one or two drops, and slowly increase the dose until you feel a significant improvement. This way you will not feel any side effects. If you are taking other medications such as antidepressants, antibiotics, – it is advisable to consult your doctor or physician before taking CBD.

Why it is important to continue researching CBD and migraine

Migraine is one of the most common neurological diseases in the world. According to the Migraine Research Foundation, the disease affects about one billion people worldwide and 39 million Americans. In Israel, it is estimated that more than one million Israelis suffer from the disease. Its symptoms, which are usually prolonged, include severe headaches, dizziness, nausea, visual disturbances, and sensitivity to light or sound.

It is not possible to work during an attack and the loss of working days as a result of migraines in Israel is estimated at NIS 500 million a year. Migraine is usually treated with strong prescription drugs, but they do not always have a beneficial effect. Although there is still no in-depth study, the testimonies of millions of CBD oil consumers.

What  CBD products can reduce migraines

CBD Oil: The oils you will find here at Happy Garden are particularly effective in treating internal pain, including severe migraines. Drizzle the required amount on a teaspoon and place under the tongue for about a minute, until completely absorbed. Regular and continuous use can reduce the amount and intensity of seizures. All our oils are vegan, extracted from Organic CBD, combined with only natural ingredients, and manufactured in the United States.

CBD Gummies: The Gummies are also suitable for treating general aches and pains, including migraines, sleep problems, stress disorders, anxiety, or stress that accompany headaches. Each candy has 25 mg of CBD and can be consumed several times a day. Because the sweets pass through the digestive tract, it takes longer for you to feel any effects.